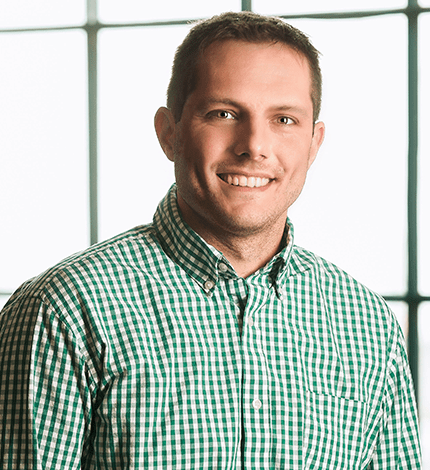 For an organization experiencing a crisis, the ever-persistent nature of our 24/7 global society means that impacts extend well beyond the location of the crisis. Organizations that successfully manage and respond to disruptive events do so because they are able to balance the operational activities associated with the disruptive event while concurrently managing the expectations of stakeholders and the general public. Organizations are able to accomplish the task of managing stakeholder and public expectations through effective, accurate, and timely communications.

Goals of a Crisis Communications Plan and Reducing Negative Reputational Impact
The hallmark of any successful crisis communications plan is controlling information and directing relevant and timely communications to identified stakeholder groups. Effective crisis communication plans allow an organization to take charge of how and which details of an incident are communicated. Effective planning also eliminates speculation and establishes the organization as being in control and “doing the right thing” to manage the incident. Well-executed plans work to squelch rumors, not propagate them. The more effectively an organization is able to control, shape, and disseminate information during a crisis, the less likely the organization is to suffer significant long-lasting reputational damage.

It goes without saying, but reputational damage can have massive financial impacts to an organization, its employees, and its shareholders. In one case, misinformation about Toyota recalls in 2009 and 2010 cause a 23% drop in share prices, a 35% drop in brand value, and a 14% fall in market share. When the smoke finally cleared, of the 58 cases reported, only one was related to a product defect. The vast damage done to Toyota was due to rumor and panic, not faulty products.

In another 2010 case, Qantas airlines had a plane redirected to Singapore on its way to Sydney due to engine trouble. Due to a rumor circulating in the “twittersphere” that the plane had crashed, Reuters published that the plane had likely exploded in the air, leading to reputational damage and a 3% loss of share prices due to little more than a rogue tweeter.i

Rumors can have massive detrimental impacts to any organization, and especially in the event of a crisis, it is up to individual organizations to ensure stakeholders have access to truthful, timely information.

Performing the Balancing Act
Regardless of the type of messaging used by an organization, communication must not only be swift but must also be accurate in describing the situation and efforts on the ground. During the Deep Water Horizon oil spill, BP’s executives made repeated statements about caring for the environment and taking responsible actions to remedy the incident.ii  However, during this time, oil continued to spill into the Gulf of Mexico at the rate of 53,000 barrels per day. BP’s failures with public perception were due in part to an inability to perform the balancing act between operational response and effective crisis communications. Even though BP combined traditional and non-traditional crisis communication methods such as Facebook and Twitter, crisis communication attempts were not believable in light of the operational response and led to catastrophic reputational damage. While BP is an example of an organization that did not successfully perform this balancing act. Others have had better success.

During the swine flu epidemic, the Centers for Disease Control launched an impressive crisis communications initiative to squelch rumors, reassure the public that it was taking necessary measures to combat outbreaks, and control the dialogue concerning the outbreak. This initiative was largely successful because it maximized traditional and non-traditional communication methods, ensured that messaging balanced operational activities, and it tailored messages to maximize the effectiveness of various communication mediums. The CDC approached the endeavor in a very scientific, methodical way that paid off for the organization.

To deal with public perception, the CDC maximized widely popular social media tools such as Facebook, Flickr, Twitter, and YouTube. Realizing that much of its audience consisted of fairly well-educated individuals and health professionals, the CDC created educational videos and released podcasts – all the while still maintaining more traditional messaging techniques such as press conferences. It accomplished all this while facilitating two-way communication and shifting the rumor mill into its own viral messaging service (no pun intended). The CDC used a combination of methods to control the dialogue catering to specific stakeholders while ensuring that their messaging aligned with their operational activities.

Beware the Medium
Following the CDC’s successful crisis communications campaign, it published a guide for using social media for health communicators.iii  While this document is geared toward health professionals, it provides a range of social media options and lessons learned, many of which are applicable to any sector and medium. The CDC was extremely successful in their campaign; however, as was mentioned earlier, there is no one-size-fits-all approach that will work for every organization. Organizations must tailor their response to meet their own goals and objectives to perform the balancing act successfully.

The answer to all these questions is an emphatic “No.” In order to shape an effective crisis communications plan, all options, both traditional and non-traditional, should be considered and utilized within the objectives and strategy of the organization.

Methods of some non-traditional crisis communication strategies include*:

* The CDC report features these methods and more along with an analysis of available resources.

Successful crisis communication strategies will maximize many of these strategies and carefully map them to the needs and requirements of each stakeholder group and the person or entity delivering the message.

Please contact us if you would like to discuss developing or updating crisis communication strategies in your organization.

i Both case studies were presented by Andrew Hiles, “How Firms Should Fight Rumors,” (QFinance, 2010)